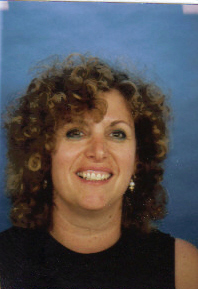 Article: “Food & Love” – On the Role of the “Coordinator of Services for Holocaust survivors” at the Loewenstein Hospital Rehabilitation Center in Israel

Israeli-born of an Israeli war veteran (Independence War in 1948)and a Polish Holocaust survivor, Mrs. Shacham spent a part of her childhood in Berkeley, California.  After serving in the Israeli army, she went on to study for her B.A. in Sociology and Jewish Philosophy at the Hebrew University in Jerusalem. In 1985, she received her B.S.W. from Tel Aviv University and worked as a medical social worker at the Sheba Medical Center. From 1987 to 1989, she worked with adolescent girls at the Social Services Department of the city of Herzlia. After moving to Boston, Massachusetts in 1989, Mrs. Shacham worked as a medical social worker at the Newton–Wellesley Hospital for five years. Since her return to Israel in 1994, she has been the social worker at the Loewnstein Rehabilitation Hospital. Mrs. Shacham, who is married with 3 grown children, received her M.S.W. from Tel Aviv University in 2008.